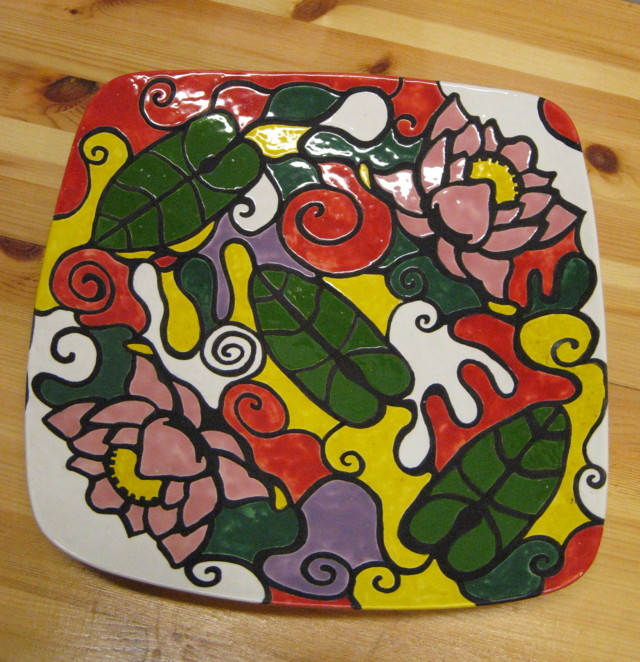 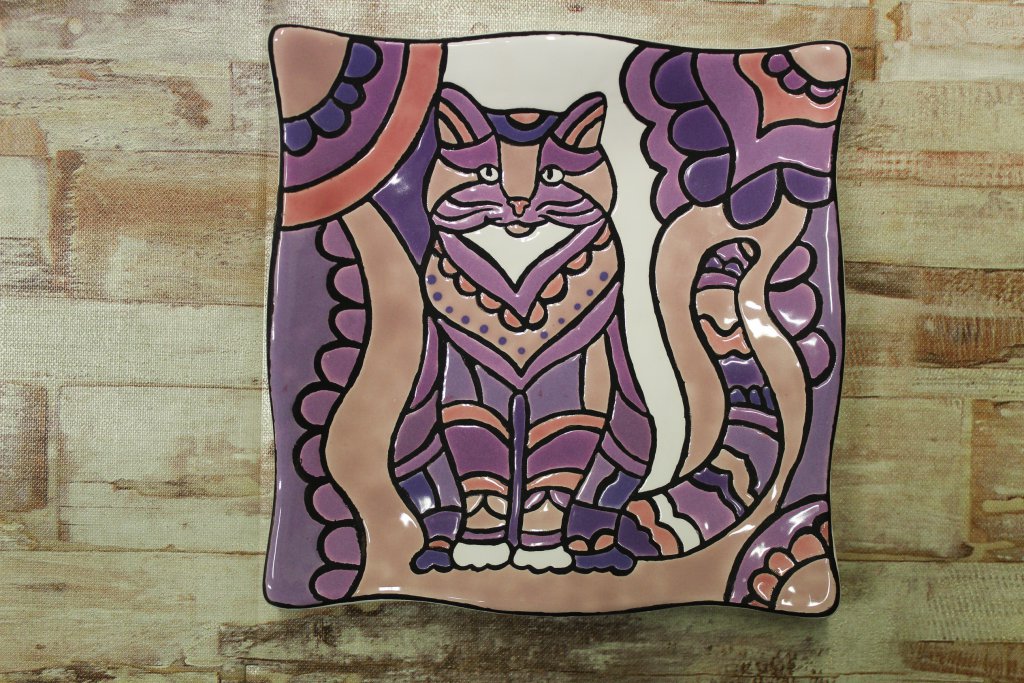 The cuerda seca is a brush glazing technique invented by the Arabs in an attempt to imitate the "alicatado" technique of traditional Spanish mosaics, made up of plain colored ceramic slabs which, broken with tongs (called "alicates" in Spanish ) in tesserae of equal shapes and sizes, were composed into panels and mounted on the walls.

The “cuerda seca” technique was a way to simplify the decoration; it exploits the properties of manganese oxide to stem the ceramic glazes, preventing them from spreading during firing.
The thick line that outlines areas of color in relief is the result of this technique which is very reminiscent of Tiffany windows.
Gallery Immagini
Zoom
Zoom